Downtown Liverpool held their prestigious 'Livercool' awards ceremony celebrating local business success in Crowne Plaza last Thursday night. The Women's Organisation were delighted to see a number of our clients among the nominees including: Emma Dolan of Your Business Ezine - Nominated in the Marketer 2011 category, Kayleigh & Talia Baccino of Trendy Vend- Nominated in the Young Entrepreneur 2011 category and Victoria Brown of High Performance Consultancy who was the eventual winner of Young Entrepreneur 2011. 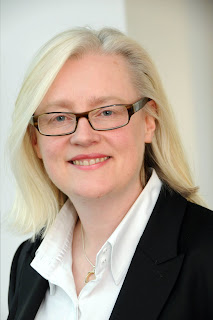 The biggest cheer of the night came when our very own CEO Maggie O'Carroll was deservedly named 'Woman of the Year'. Maggie founded The Women’s Organisation (formally Train 2000) in 1996 and has grown it into the largest UK-based women’s economic development social enterprise. This has enabled Maggie to pursue her passion for women’s enterprise - having a real, positive impact on women’s lives, whether nurturing new businesses towards a viable future, driving improvements in legislation and power structures or contributing to social awareness. This year the physical realisation of her commitment to women's economic development came to life with the creation of WICED (Women's International Centre for Economic Development). The £5.3m development opened its doors in Liverpool to the first groups of local women in January 2011 and is continuing to build momentum as both a centre for women's enterprise and development, as well as an international research hub to promote gender equality.

A massive congratulations to Maggie and all of the winners and nominees.
Posted by The Women's Organisation at 2:42 AM 1 comment: