The Women's Organisation's hard work paid off this month as we were once again confirmed to be an award winning organisation. This time it was the organisation's new £5.3m Women's International Centre for Economic Development (WICED) that prompted recognition. 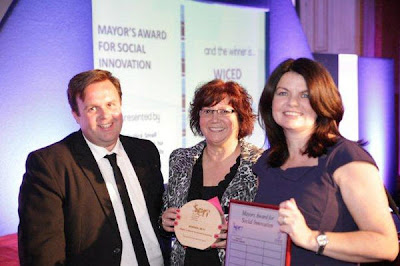 The winners of the very first Merseyside Social Enterprise Awards were honoured at a ceremony held at Liverpool Town Hall, and The Women's Organisation were delighted to be nominated alongside other Merseyside based Social Enterprises nominated in 11 categories to recognise their contribution to improving the lives of local residents.

WICED was nominated for The Mayor's Innovation Award sponsored by Liverpool City Council. When The Women's Organisation were announced as the winners for their innovative building, Chair of the board Pat Shea Halson and Chief Finance and Operating Officer Helen Millne who went forward to collect the award couldn't contain their delight. When Councillor Nick Small (pictured above with Pat and Helen) presented the award to The Women's Organisation the support from the other organisations in the room was overwhelming; Helen and Pat were deeply touched by the response.

The development came about after nearly a decade of discussion, planning and campaigning. WICED is the largest dedicated centre for women's economic development in the UK. It boasts business incubation units for women led businesses, a sleek and modern conferencing and meeting centre, virtual office and hot desking facilities, as well as housing the women's enterprise services offered by the organistion. The project also included the development of an international research hub drawing on the expertise of leading experts on women's economic development from across the globe. The development was completed in January 2011 and has since welcomed thousands of budding female entrepreneurs.

To read more about the background of the development please visit our website. 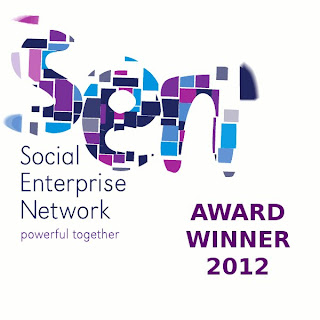 Posted by The Women's Organisation at 2:29 AM No comments: