'If It Needs Writing, We Can Do It!' - Copy Media On Starting Their Business...

When interviewing women for our case studies, it’s not often that they tell us that interviewing others is at the very centre of the skill and craft of what they do, but that was certainly the case with Janet Tansley and Dawn Collinson, the two halves of Copy Media. So you might say that we felt slightly daunted when heading down to their offices in Liverpool’s business district one crisp morning. But we needn’t have worried because Copy Media were fantastic interviewees and have a brilliant story of their journey into self-employment that we want to share with you! 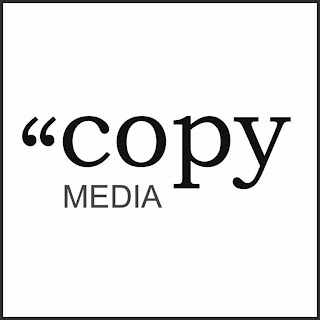 ‘If it needs writing we can do it’ Janet Tansley told us when asked to describe the business Copy Media. ‘Our business, in essence, is copywriting - writing features for magazines and national newspapers, press releases for PR companies, website content, ghostwriting books - we can turn our hand to most things.’

Dawn Collinson continued: ‘We write copy for individuals as well, so if people need papers preparing, business pitches or sponsorship applications writing, then we can work with them on those too.’

Between them Dawn and Janet have more than 60 years’ professional experience. Both have journalism backgrounds and actually trained together at the University of Central Lancashire back in 1983. Janet says: ‘We’ve been in the business a very long time. I first worked on a weekly newspaper in Stockport as a crime reporter and then joined the Liverpool Echo, where for 28 years I was a news reporter, women’s editor, features editor and ultimately a features writer.’ 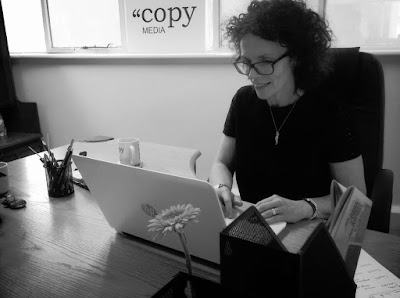 Dawn’s career followed a similar path also, starting out with weekly newspapers, evening newspapers and then lifestyle and fashion magazines. ‘I also worked in America for a short time, as the Echo used to own papers there, and then I joined Janet in the features department. We worked alongside each other for 18 years on human interest stories, fashion, beauty, showbiz and topical news features.’

After working so closely together for so many years, it seemed only natural to consider joint projects when they were offered redundancy from the Liverpool Echo. ‘We had previously talked about starting our own business,’ said Janet, ‘and when redundancy was offered to us we saw it as an opportunity to stick with what we are good at and enjoy, and develop that while working for ourselves.’

The first thing they did after deciding they wanted to set up on their own was … contact The Women’s Organisation!

Through their journalistic experience, Dawn and Janet were familiar with our work and also liked the idea of accessing support from an organisation that empowers females. They were paired up with business adviser Jo Mountfort and took full advantage of the courses we have on offer.

Dawn said ‘Our regular meetings with Jo were great, it was nice to have somebody reminding us that our skills were worth having.’ Janet agreed: ‘It made something that could seem like a minefield going forward, so much easier. We were given a path and we could see from A to B quite clearly.’ 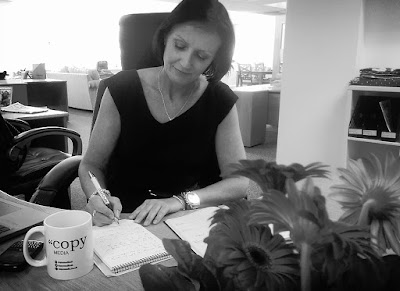 Now they have launched Copy Media, Janet and Dawn have been overwhelmed with the support that they’ve had from the strong network of contacts built up during their careers. Dawn says: ‘We have a wide network and people were good to us so we didn’t just walk out of the door into nothing. Even if it was just moral support, it was all support and it was nice to have.’

Everything is going extremely well for Janet and Dawn and they now combine copywriting with all the other aspects which come with running a business, such as bookkeeping, procuring work and running their social media channels. Janet says: ‘As journalists we were always encouraged to be self-motivated, we don’t sit around and wait for things to be handed to us. This has helped our transition from working for somebody else to working for ourselves. We are quite strict with ourselves and obviously we’re used to working to deadlines so that’s been helpful.’

The pair are now enjoying the benefits of being their own bosses and the flexibility that brings, which extends to the different types of work that they are now asked to do, such as proofreading and ghostwriting books, aspects they hadn’t previously considered. ‘We can now choose what we do and there are so many different elements. It’s fresh and like starting all over again,’ said Janet.

The New Year saw them evaluate how the past six months had gone, since they launched their business in June 2016, and plan for the year ahead. Dawn explained: ‘We’d been quite fortunate as a lot of work had come our way through people we knew, so we hadn’t had to actively target businesses or gone out promoting ourselves. Now we know what we’re capable of and we have the confidence to go out and pitch the range of services we can offer.’

They both agree that taking redundancy and going out own their own has been the right decision. Dawn says: ‘Every week and every month have confirmed that we’ve done the right thing. We’re happy about what we’ve done and increasingly confident about the future of Copy Media.’ Janet added: ‘We’re really grateful for all of the help that we’ve had because it’s made a huge difference. That wave of positivity behind us has really pushed us on.’

We wish Copy Media the best of luck for the future with their business and are delighted to have been able to support them!

If you would like to find out more about Copy Media and their services, you can use the contact details below:

And if you’ve been inspired by Janet and Dawn’s story and would like to find out how The Women’s Organisation can support you to start your own business, then get in touch with us! Email us on hello@thewo.org.uk or ring us on 0151 706 8111

Posted by The Women's Organisation at 2:53 AM